If your Amazon packages are late, then you are not alone. There are so many others too who are not getting their packages on time for which have paid an extra fee too.

USPS workers are delivering the packages late again and again. People are using Amazon’s two-days guaranteed delivery, and still, they are not getting the packages within given time frame.

It’s happening since Amazon gave the delivery task to USPS. The government agency is not taking care of Amazon customers. The giant e-commerce is getting gypped by the national mail carrier as the workers of USPS left behind the packages and don’t deliver until two or more days later too.

It all started in 2013 when Amazon signed a deal with USPS. The mail carrier started delivering packages to the main cities like New York and Los Angeles. Later, they expanded the delivery area, and now it’s delivering Amazon packages across the country. 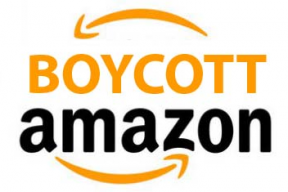 From Monday to Saturday, this mail carrier delivers its own mail and packages, and on Sundays, it delivers only the first class or priority mail and the Amazon packages. It’s called USPS Sunday delivery. Despite the special day for delivering Amazon packages, USPS isn’t doing well and making the Amazon customers frustrated.

A Wake County worker of USPS who asked to remain anonymous said that USPS is unable to deliver the packages on time because there are not enough employees. That means the existing workers are working hard to make the delivery on time, but we can clearly see that it’s not sufficient. USPS has to hire more employees only then it can make the customers satisfied.

Workers are delivering packages even after the USPS hours of working. It’s been late and late sometimes up until 11:00 at night. That anonymous worker also included that if people are paying extra for faster delivery, then it’s not worth it.

Amazon customers are suffering in it. Most of the customers don’t even know that there is a refund option also available for them. If they don’t get the package on time, then they can file a claim for refund.

There was also a discussion on the Amazon site, “Amazon, Quit shipping via USPS.” People were discussing their problems there. Many complaints have been registered. They prefer private mail carriers like United Parcel Service (UPS) or Federal Express (FedEx) rather than USPS.

It seems that soon Amazon is going to deliver it’s packages by itself as it’s using drones for making the delivery in the short time. It has successfully delivered the first package via drone on December 7, 2016, and currently offering drone delivery to the Prime members in a small area of Cambridge. The drone took only 13 minutes to deliver the package. It’s trying to expand the program, Amazon Prime Air.

It’s using several mail carrier companies until it starts delivering the packages using drones only. Till then, it has to take a serious step.

Let’s see what Amazon does for making the delivery on time.