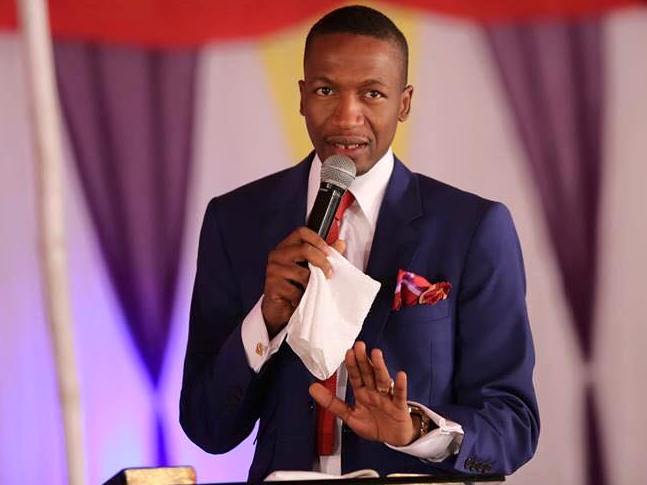 Prophet Uebert Angel recently made a donation to charities located in South Africa. The donation, which amounted to $500,000, were extended to charities that were unaware about the assistance. The rest of the world only got wind of the act of kindness when one of the recipients of the funds, Miracle World Embassy of Apostle Paul, made a comment on their Angel’s Facebook Page. The comment revealed how the organisation has been taken by surprise by the donation extended to them by Angel. It also stated how they were speechless by the generous figure which amounted to $100,000. Apostle Paul confirmed that the donation extended to them was for the amount of $100,000. The donation strictly required the recipients to use these figures strictly for charity only. Apostle Paul, through one of their administrative officials, also stated how grateful they are for being selected. They have been informed that they are part of the other five charities that were selected to receive the donation for the said figure. The organisation also further stated that they were indeed ecstatic over the prospect of being able to use the figures to extend help and assistance to those people that may require it the most.

Apostle Paul also has a number of other charities that they are running as a ministry. They want to channel the funds to help their feeding programs. They also plan on using it to help construct the homes for widows as well as for those people that are considered as deprived members of the community. It will also be used to fund many of the other charity works that they do.

This massive charity drive for Africa was kick-started by Prophet Angel in Botswana. It is expected to also expand into the other countries in South Africa such as Mozambique and Zimbabwe.  Angel made the decision to increase the reach of his philanthropy all over the world. He has also made the decision to fund other charities that are outside the string of charities that he already own at present.

Angel, who is based in United Kingdom, is a known philanthropist. He started his charitable movement with ‘Free Earth’. It was created to help provide many of the basic needs for living of underprivileged people in Africa. It was also created to lobby for changes in policy as well as in the creation of policies that will lead towards the provision of every person’s basic needs.

He aims at constructing major buildings and landmarks across the UK as well as around the world and plans are already underway. He also plans on raising entrepreneurs as well as help those people that are in need.

Angel has committed himself towards the betterment and empowerment of not just the lives of the people, but to do the same to their communities too. Learn more about Uebert Angel and his other charitable works by visiting his Facebook page.

What is The Best Name for Screen Printing?

What Is The Difference Between An S7 And S5 Car Tracker?

Want to Boost Your Online Ranking Fast? ReviewZerZ is the Best Name You Can Go With